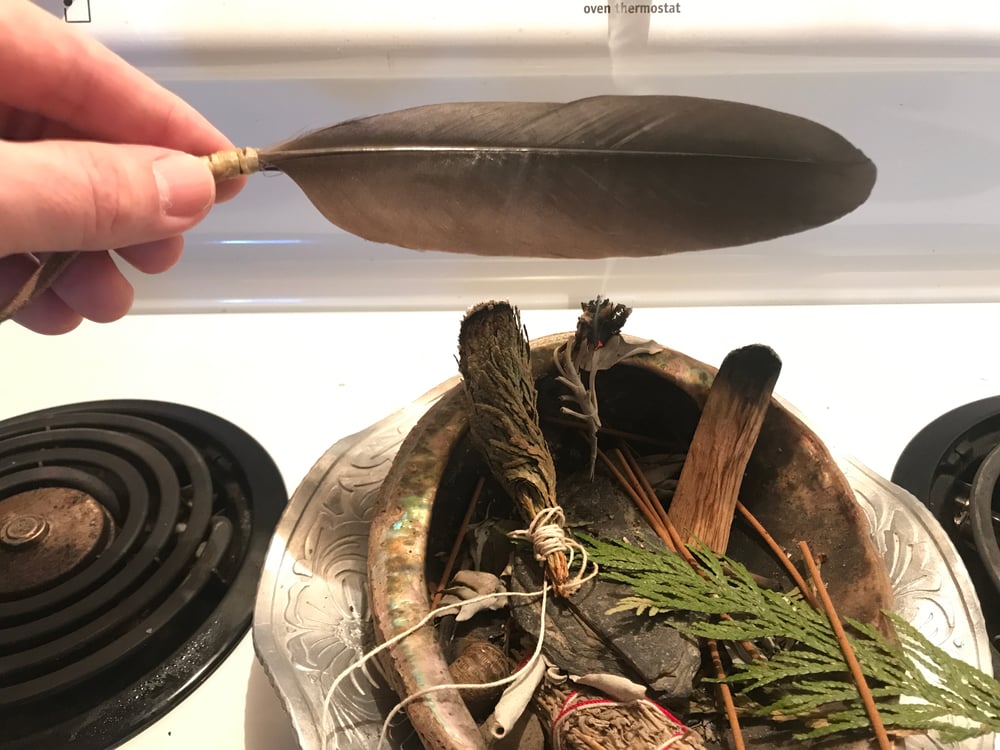 I was planning on surprising all of you with a bunch of these new White Raven Mala after I had more made, but I just found out the Peruvian Raven charms I've been using to make every Raven Mala to this point, have recently been discontinued. So, these first 4 White Raven Mala will be the only ones made this way(1 found a home before this post) & the Black raven Mala pictured, will be the last one I make like this also. I really liked them & am going to miss them, but I had been thinking of adding something new to the mix anyway. Being the Tricksters that they are, I'm sure that Raven just decided I needed to make this happen a bit sooner than I'd anticipated. I've learned to happily & faithfully take its advice, so here we go!

*As before, each one is smudged with Sage, Palo Santo & Cedar & comes with a signed Raven Song CD, Raven Song sticker & button